A Dog Year for Sheffield DocFest

Once again, Igloo was a Major Sponsor of Sheffield DocFest, one of the world's leading celebrations of non-fiction storytelling. It was a great few days. But what made it really interesting was the contrast between DocFest17 and DocFest18.

Last year, it felt as though Alternate Realities was a bit of an add-on. Everything seemed ancillary to the main event. Traditional 2D documentaries were very much the star of the show. And immersive storytelling fell way down the schedule.

What a difference a year makes...

This year, Alternate Realities was indivisible from the wider festival. There were a whole host of immersive experiences at Trafalgar Warehouse. The Alternate Realities Summit was one of the busiest, buzziest streams. And, at Tudor Square, alongside the Igloo (aka Portal), was the DOUBLETHINK immersive installation and the Exchange: Headspace dome.

Last year, just three 360° films were shown in the Igloo. This year, we were home to 13 separate experiences.  And everyone would probably agree that, in just 12 months, the craft of 360° filmmaking and immersive storytelling has entered a new dimension.

It's often said that the VR sector exists in dog years (because every year in VR is like seven years in the wider business world). And, comparing DocFest17 with DocFest18, it really does ring true.

Of course, from the Igloo perspective, one of the reasons to be cheerful was the inescapable emphasis on shared experiences. As you can see from our highlights video, it's a theme that came up again, and again, and again...

And it makes you wonder, with so much progress in the past year, what should we expect from DocFest19?

In the meantime, a HUGE Igloo shout-out to all of the filmmakers and immersive storytellers  work we were lucky enough to host, namely:

Also, thanks to everyone at Sheffield DocFest for putting on such a great event (and including Igloo in the programme). We're hoping to see you again in 2019.

We’re recognized as a top AR/VR Company on 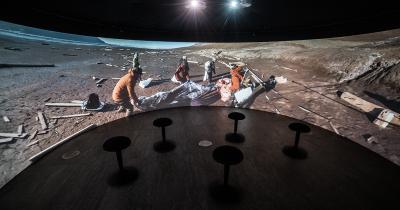 Revving up the empathy machine

VR is often called the empathy machine. And, as we’ve been discovering on a few of our recent assignments, shared VR can take the medium to… 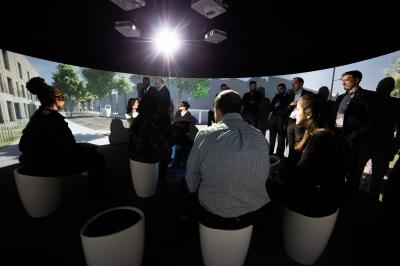 How you can get more people to treat BIM as BAU

It isn’t quite happening, is it?Yes, there’s plenty of enthusiasm for Building Information Modeling (BIM). But, among too many architecture… 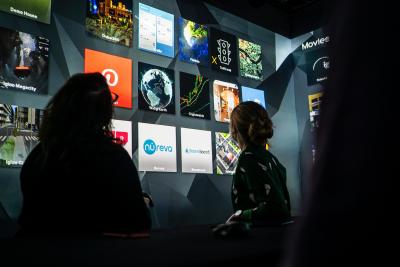 As the world continues to grapple with controlling the COVID-19 pandemic, companies are weighing up how to keep their employees working safely. Do…