For the third year in a row, Igloo was a major sponsor of Sheffield DocFest, the world-leading festival celebrating the art and business of documentary and non-fiction storytelling across all forms. And, as always, it was a fantastic week.

The great thing about being at Sheffield three years on the trot is that we can look back to see how far we’ve all come - Igloo as a company, the Alternate Realities stream of DocFest, and the craft of 360° documentary making.

For example, Alternate Realities has gone from being something of a sideshow, to a major festival strand. It was relocated closer to the centre of town, with its own self-contained venues, at Site Gallery Square. And, for the first time, the Igloo (aka the Portal) was cheek-to-cheek with the VR Cinema, giving festival-goers an easy choice of whether to experience films in VR, Shared VR, or both.

It wasn’t just the venues that saw a transformation.

Back in 2017, 360° filmmaking was still in its infancy. It was fun. It was engaging. It was often surprising. But documentary makers were only just getting to grips with the new medium and beginning to appreciate its potential. By 2018, we reported in our post-DocFest blog that the 360° filmmaking had entered a new dimension. This year the content reached an entirely new plane of existence. In just 12 months, it’s clear that the immersive storytelling community has raised the bar yet again, not just in terms of quality but visual and narrative technique.

Also, with a growing team of in-house Shared VR specialists, we were able to work closely with Alternate Realities supremo Dan Tucker, to select the most appropriate experiences for the Igloo. Yes, pretty much any 360° or VR content can be ported directly to the Igloo platform. But, to show the films at their best, some tweaking is often necessary. And, in many cases, we worked directly with the filmmakers to optimise their experiences and get them “Igloo ready”.

One of these creators, Rob Vincent of Popla Media, who was involved with filming “The Winter Garden”, told us how amazing it was to see his film in a Shared VR environment. He said that being able to show the VR film in an Igloo emphasised the whole ethos of the piece: community.

With so much progress in the quality and number of 360° and VR documentaries over the last three years, we’re excited to see what DocFest 2020 brings.

Finally, we’d like to say a massive thank you to all of the staff and volunteers who worked tirelessly to make DocFest 2019 a huge success. We’d also like to give a shout out to all of the immersive storytellers whose work we were fortunate enough to play: 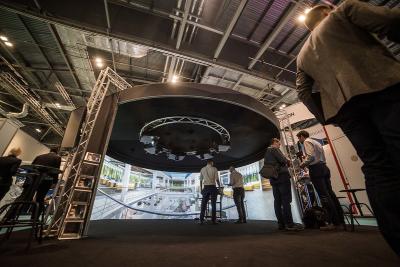 What Shared VR has to offer for virtual, hybrid and multi-location events

Even before lockdown brought the events world to a screeching halt, coronavirus had a massive impact on the sector.To continue to meet with customers… 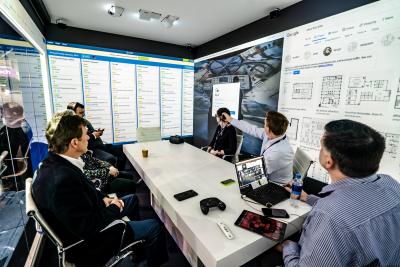 Additional funding secured in the unlikeliest of times

Here at Igloo HQ, we’re ever-so-happy to announce that the company has raised anadditional £435,000 in funding under the UK Government…

One common misunderstanding we hear from our clients is around 360° content and the perceived difficulty in creating and accessing it.So, we …