What we Learned at SXSW18

SXSW is one of the BIG events in the Igloo calendar and, this year, we felt hugely privileged to be part of the Future Art & Culture program, put together by the Arts Council and British Underground.

We custom-built a Shared VR space to host Beethoven’s Fifth, an immersive film directed by Jessica Brillhart, featuring an up-close-and-personal performance by the Philharmonia Orchestra.  And, as part of this, our friends at Mixed Immersion developed an awesomely effective ambisonic sound system.

Located the heart of the festival’s Virtual Cinema and Interactive zones, we got a good sense of where the immersive arts and entertainment sector is headed.

So what did we learn?

Surrounded by some huge installations, involving giant-sized digital palates, we were reassured that the VR headset is being supplemented and complemented by many other ways of displaying and experiencing immersive content. It’s a future we’ve been talking about at Igloo for some time. So it’s great to see our predictions coming to pass - as neatly summed up in this great article by David Keene of NewBay Media. 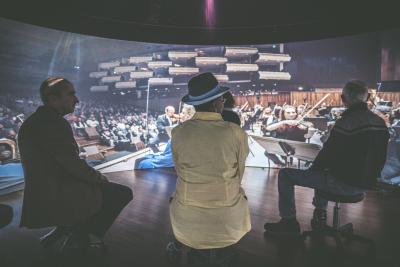 Knight/Microsoft call for ideas - what we'd bear in mind

The Knight Foundation, with support from Microsoft, is offering a share of $750,000 for innovative ideas to engage arts audiences through immersive… 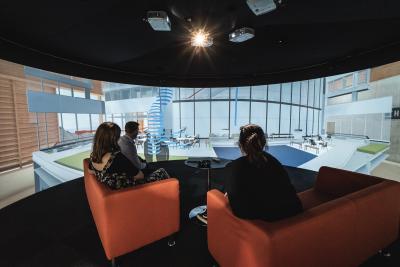 At Igloo, we aim to make it as simple as possible for clients to use the tools they already use in Shared VR.To make this possible, the Igloo Media… 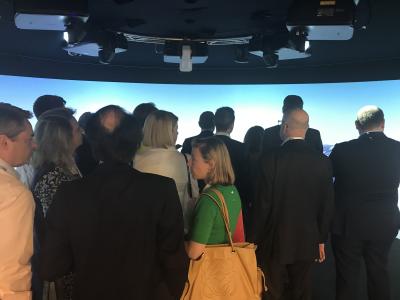 The future is now at DES Madrid