#OperationBetter – bringing families together with live streaming and Shared VR.

As part of the groundbreaking Operation Better project, Igloo transported US troops stationed on a remote US military base in Poland to the 2017 Super Bowl via Shared VR 360º video streaming.

Commissioned by Hyundai Motor America, we worked alongside a multi-national team including Innocean Worldwide, Film 45, and Pony Show Entertainment. Together, we surprised three US soldiers by virtually transporting them to Houston to watch the Super Bowl with their families, who they hadn't seen for months. The Igloo Shared VR cylinders, combined with a two-way communication feed, allowed the families to enjoy the game, as though they were together in the stands.

An advertisement was shot, edited and produced live during the first half of the game, a first for the advertising industry. Acclaimed director Peter Berg had less than an hour to produce the 90-second mini documentary, which aired immediately after the game – and was seen by more than 100 million people.

Three separate 4K 360 video streams were captured in Houston using Nokia OZO cameras. They were then transferred to Poland by satellite, unpacked and displayed in full 360° in three Igloo cylinders.

The project pushed the boundaries of 360° live streaming and shows how Shared VR can bring people together. 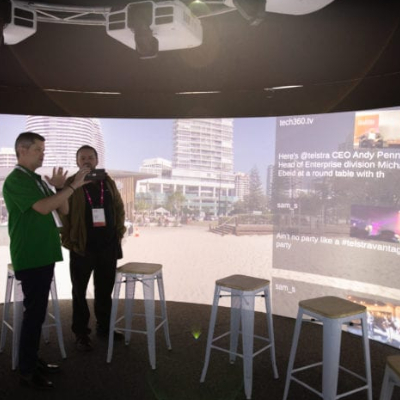 Telstra Vantage
Immersive livestreaming from the Gold Coast with Igloo and 5G
At Igloo we’ve always been eager to explore what new technology can bring to Shared VR. And, in mid-2019, we worked with Telstra, Summit Tech Multimedia Communications, and Magna …
Read more... 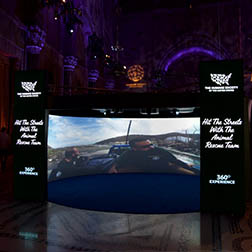 The Humane Society of the United States
Educating donors about charitable work with Igloo immersive spaces
Virtual reality is a tool that has been used by many charities and not-for-profit organisations to allow audiences to temporarily live other people’s experiences. And when you take…
Read more... 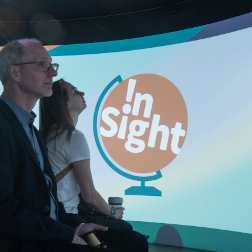 The InSight Project
Immersing young Canadians in stories of global development with Shared VR
It can be difficult for students to get experiences of other countries, particularly developing countries, and to understand the challenges faced by others. But, with Igloo Shared VR, groups…
Read more...